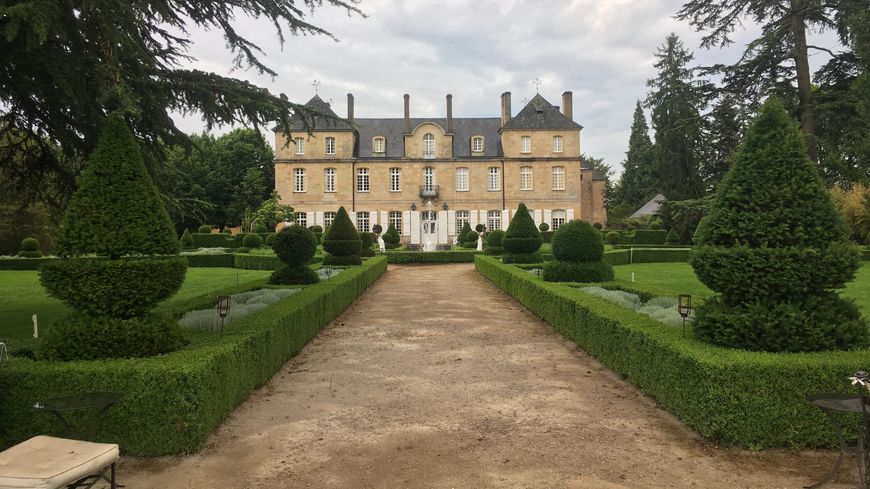 in Veyrignac, a hidden garden entirely invented by its owner

Long, perfectly cut hedges, finely trimmed trees, Italian, French, English pavilions, roses and more roses … The garden of the Château de Veyrignac, located in the Dordogne, south-east of Sarlat-la-Canéda, is a little wonder. This is private property. But on the occasion of “Rendez-vous aux Jardins “, 18th edition of this event, Chantal Baudron, the chatelaine passionate about botany, opens the gates of her home to the general public for three days, from Friday 4 to Sunday 6 June.

An exceptional opening for the “Rendez-vous aux Jardins”

The Veyrignac garden is one of ten sites in the department that can be visited this weekend.

Ten years of work to design this garden

It’s hard to believe that the site has been dormant one day. “When we took over the property in 1994, there was no longer any garden. The castle was surrounded by meadows., reveals Chantal Baudron. After rehabilitating the building, we tackled the garden. “ With the ambition to recreate a setting as it could be in the 18th century. It took in total almost ten years to achieve this result. “And we haven’t really finished. _There are always things to do_, To add…” smiles the hostess.

Before the grand opening, the garden had to be restored. “It has been raining a lot the last few months and then there was a hot week. So the grass grew faster than our ability to remove it. The gardeners were hard at work.”, confides Chantal Baudron. Year round, there are two of them to maintain the five hectares.

Among the essential elements, the rose garden. The garden is also strewn with roses everywhere: “There are 1080 varieties here. I love this flower. “ Water also had to have its place for Chantal Baudron. We thus find a fountain in the middle of the French garden, facing the main facade of the castle. But also in the part reminiscent of Italy. Without forgetting “the highlight of the show” as the owner presents it: at the end of the field, a breathtaking view of the Dordogne. “We are lucky because there is absolutely nothing to interfere with the landscape”, she contemplates.

Last year, the “Rendez-vous aux Jardins” did not take place given the health situation. In 2019, the garden had already participated in this event, headed by the Ministry of Culture. Nearly 200 people had walked for three days. The rest of the year, the garden is accessible to groups, by appointment.

On June 4, 5 and 6, the public will be able to take the tour accompanied by guides. A walk of about an hour and a half, commented by members of the association for the preservation of the church of Veyrignac. The entrance fee is 10 euros. The proceeds will go to restore it to the town’s church.