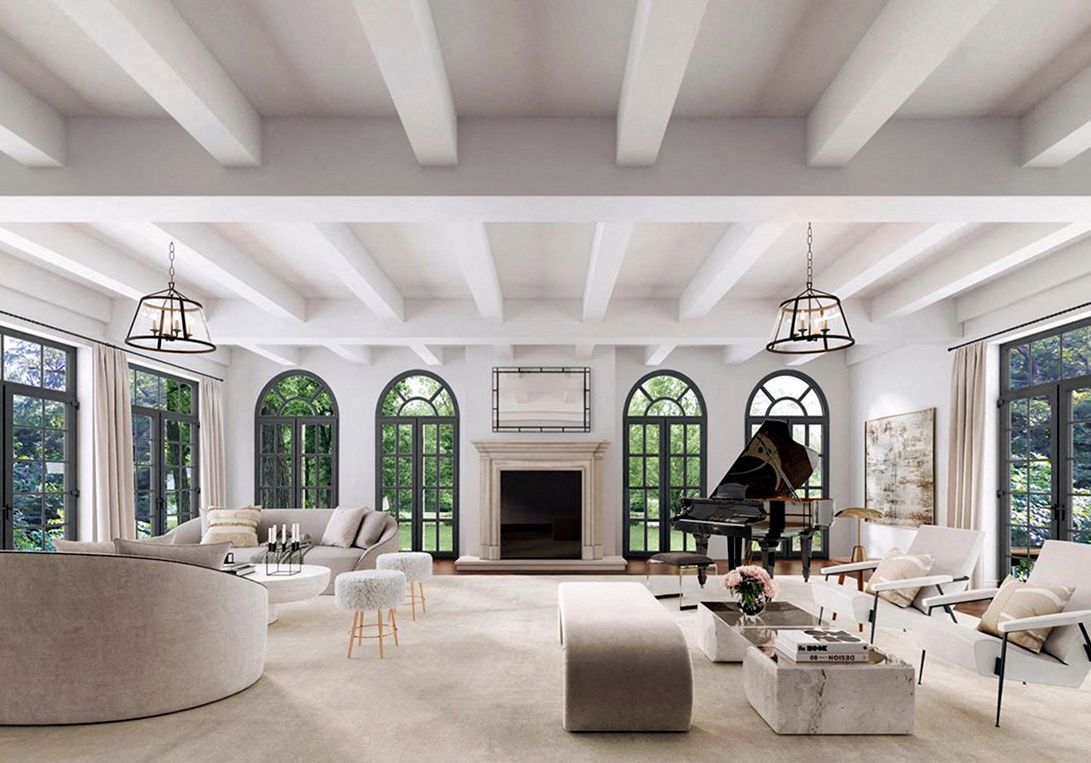 Where are we most likely to meet celebrities? One answer seems to be found: in California. Specifically in Los Angeles, which for decades has attracted stars from all over the world. Yes but now, living in the City of Angels is not easy and many stars who choose to move away from the American metropolis. There are of course the towns of Santa Monica or Malibu which continue to seduce Hollywood stars, like Gal Gadot and Sandra Bullock. But also Montecito. Located about 150 kilometers from Los Angeles, this city between mountains and ocean has become the new chic enclave sought after by peoples. Among those that we may have the chance to meet there are Oprah Winfrey, Katy Perry, Gwyneth Paltrow and of course the princely couple Meghan Markle and Harry.

To this list, it is now appropriate to add Adam Levine and his wife, the Namibian model Behati Prinsloo. Married since 2014, and parents of two little girls (Dusty Rose, born in September 2016 and Gio Grace, born in February 2018), they have chosen to settle in a new house. And they saw it big. The Montecito Villa, designed in 1923 by architect George Washington Smith, covers more than 2 hectares and has a total of nine bedrooms and eleven bathrooms. Price for the purchase of this Mediterranean-style residence? $ 22.7 million.

To discover the property, you have to be patient. The villa, judiciously protected from prying eyes, must be earned. You must first take a road lined with oak trees. When all of a sudden, the complex takes shape in the distance. Because more than a simple house, it is above all an area which is subdivided into different buildings. In addition to the main house, there is also a garage which can accommodate up to five cars with additional staff quarters, a guest house with two bedrooms and a cottage with another bedroom. What to receive many people.

Inside the singer’s villa, several rooms attract attention. There is of course the living room with this majestic stone fireplace as well as the kitchen and its many wooden cupboards which offer a nice contrast with the white of the central island. But above all, one of the most beautiful places in the house is the master bedroom. Located upstairs, it has a private terrace from which it is possible to contemplate at leisure the huge garden of the property and even the ocean in the distance.

In the open air

Here, the show is played both indoors and outdoors. With such a vast land, the equipment is there. To maintain his physical form and his dream body, Adam Levine can enjoy a tennis court among the trees. For a bit, the singer could almost believe he is at Wimbledon.

And of course, the house wouldn’t have this special character without its swimming pool. Particular sign, this one is hidden, like the villa itself. To discover the basin, you have to pass an avenue of hedges and lemon trees. Enough to allow the American star to string together lengths in peace. Close but not too much of Los Angeles, Adam Levine is securing the price of tranquility with this new house.