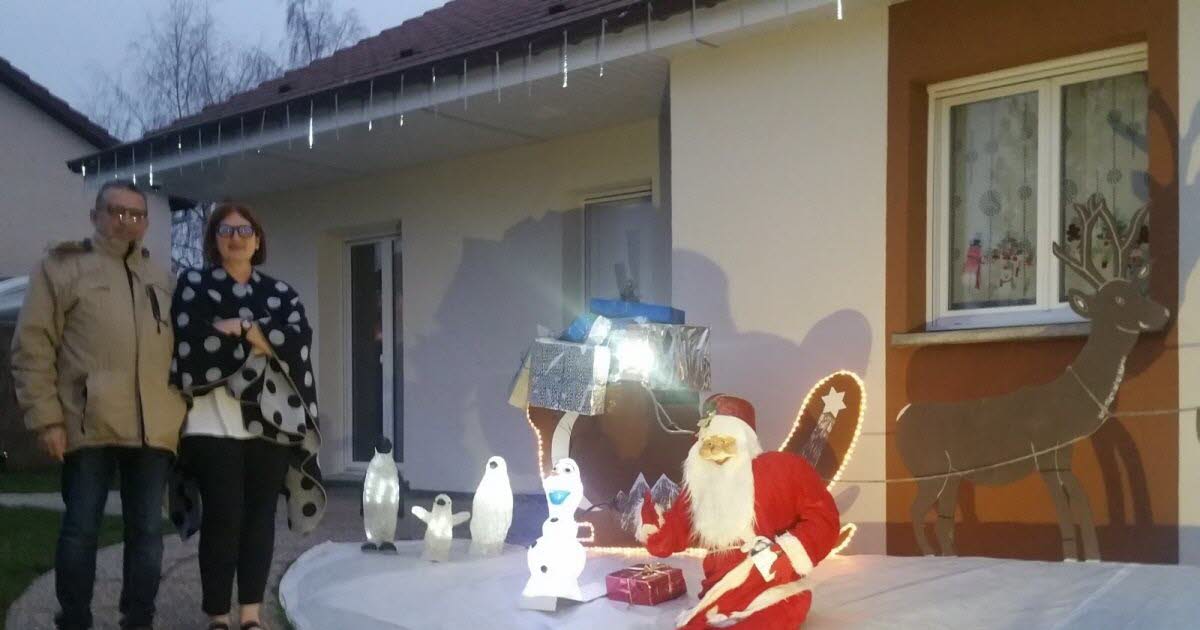 Society. The Christmas spirit blows in their garden in Vittel

The magic of Christmas hangs over allée des Mirabelliers in Vittel. At 76, light garlands and various figures adorn the hedge in Véronique and Roland Gérardin’s garden. In a corner, a small nursery filled with sweets awaits the children. At the slightest approach, Christmas carols are triggered. In front of the house, a smiling Santa Claus sits enthroned, next to reindeer, penguins and a sleigh full of gifts. And at the back, to add a touch of humor, the legendary character’s red clothes are drying on the glittering clothesline near a snowman!

The couple have chosen to decorate their garden for the end of the year celebrations for thirty years. “It just came naturally. First of all, we did it for our daughters ”, now aged 34 and 36, explains Véronique, 56 years old. As a child, the family assistant “has never known Christmas and its gifts” unlike Roland, 60, retired from Suez.

Yet “Christmas is a joy. It’s the most beautiful party ever, ”she exclaims. Initially, the Gérardins placed garlands over “three meters” then the decorations have been enriched over the years for “the pleasure” of passers-by who make the trip. And with the old “Christmas contests organized by the City with a jury passing in front of the decorated houses, we got involved”, says Roland. To the point of being “several times first. “

In addition to traditional ornaments, Véronique innovates: she draws characters and animals on “plastic pallet dividers” that her husband cuts, paints and then installs with the garlands from the beginning of November. “Every year,” she says, “we try to choose a different theme like 101 Dalmatians, Frozen or Minions. “

But this year, the decorations are fewer: “With the Covid-19, I invested less because I thought that we would still be confined for Christmas and that there would be no one who would pass,” says Roland. Which doesn’t stop the Christmas spirit from blowing through the house.