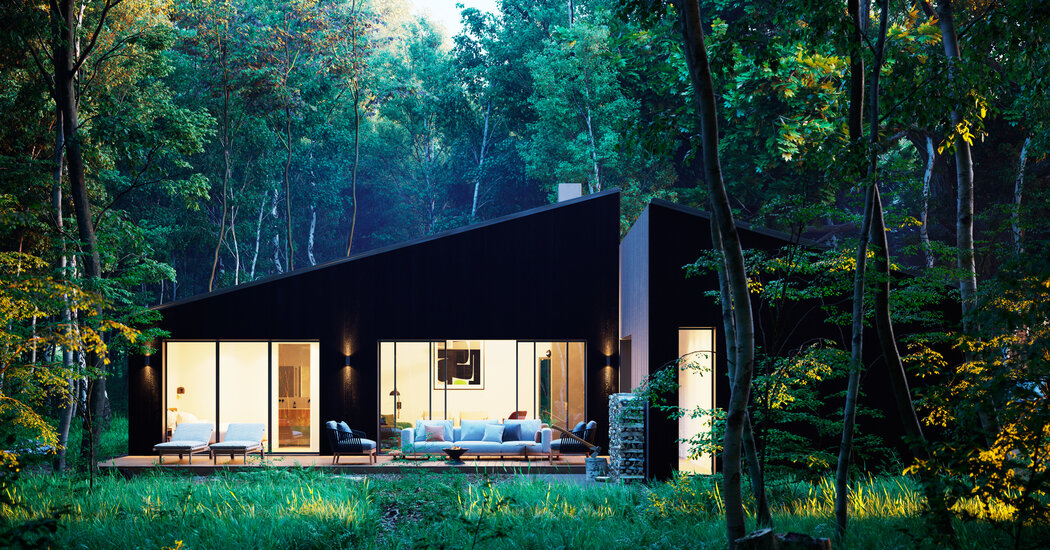 Mike Salve, a Manhattan resident, purchased the last house in the development, a 2,800-square-foot three-bedroom on four acres, for $1.3 million. He first saw it in April, as the coronavirus was raging in New York City, and closed on the deal eight weeks later.

An economist who works in the financial sector, Mr. Salve, 52, often spent long weekends in the Catskills, staying at an inn. But he had never seriously thought about buying a place until the pandemic hit. During the lockdown, he said, “I felt like a caged animal in my apartment.”

Like his new neighbors, most of whom have primary residences in New York City, he is living at Hudson Woods practically full-time. He continues to do his job remotely, except now he’s able to jump in his pool between work calls. He’s gotten used to things like buying groceries in bulk because stores aren’t open at all hours, and has found some of the community that he lost during the lockdown, only a different form.

“There’s an app for Hudson Woods homeowners,” he said. “We’re all app-ing each other.”

Mr. Lang, principal of Lang Architecture, now serves as a consultant on other like-minded developments, including one in the Greene County town of Windham. And he has licensed his house design to Raj Bhatia and Jill Sloane Bhatia, husband-and-wife developers, who will be using it on their new project in Roxbury, Conn. The Bhatias’ development, the Woods Roxbury, even appears to riff on the Hudson Woods name.

Meanwhile, egged on by investors eager to work with him, Mr. Lang is looking for the site for his next development. This time, he said, he wants to try his hand at a development closer to the city — one situated near a transit line, for commuters.

“I want to explore whether we can have the connection with nature we achieved at Hudson Woods in greater proximity to the city,” he said.