It’s set to be Biden’s largest event at the White House so far amid COVID.

It’s a “hoppy” day at the White House — as the Easter Egg Roll returned Monday.

Following a two-year hiatus due to the pandemic, President Joe Biden and first lady Jill Biden continued the tradition of welcoming families to the South Lawn for the famed Easter Egg Roll although COVID cases are, once again, on the rise with the BA.2 variant.

“It means so much to see and hear the children and all the families here today,” Biden said, joking that his job was to keep it from raining on the overcast Monday in Washington.

“The joy and the laughter is something that has been a wonderful tradition here for a long time,” he added.

Jill Biden, a teacher who still works at a northern Virginia community college, created and curated this year’s theme: “EGGucation!” and encouraged visitors to visit a reading nook displayed on the South Lawn — where a pool reporter spotted actress Kirstin Chenowith holding court.

The White House said the public would see the South Lawn “transformed into a school community” — with plenty of events to entertain the thousands of kids expected to attend. The day also features a talent show, farm station and obstacle course, among other activities.

After brief remarks, Biden went on to take photos with guests and their children, blow the whistle for an egg roll to start and cheer on some of the children from the sidelines. The first lady read the book “Brown Bear, Brown Bear, What Do You See?” to children, at one point joined by NBC “Tonight Show” host Jimmy Fallon, and the president popped on a baseball cap as the rain came down in Washington.

The tradition of inviting families to the South Lawn to hunt for colorful eggs and roll them on wooden spoons dates to 1878 — but its return after two years risks being overshadowed by the very reason it was paused. It’s unclear if all those attending are required to submit a negative COVID test, but children under five — still unauthorized to receive the vaccine — were on-site in scores.

The White House said 30,000 people were invited to take part in this year’s outdoor event “including thousands of military families, and the crew members and families from the U.S.S. DELAWARE, the U.S. Naval Submarine, for which the First Lady is the sponsor.”

An online public lottery was also held to distribute tickets to families across the country as it was set to be the largest event held at the White House since Biden took office.

The White House said special guests would include Fallon, Ciara, Kristin Chenoweth, 2021 National Teacher of the Year, Juliana Urtubey, an elementary teacher in Las Vegas. Sports fans can expect to see the Philadelphia Eagles, Washington Commanders and the Washington Spirit. And costumed characters will be roaming the grounds, including Disney’s Doc McStuffins, Dr. Seuss’ Cat in the Hat, Sonic the Hedgehog, Snoopy and Charlie Brown, Cookie Monster, The Minions and the Washington Nationals’ Racing Presidents.

Announcing the theme on Twitter last week, the first lady said, “As a teacher, my heart is always in the classroom.”

To mitigate crowds, Monday’s event was broken into five sessions starting at 7:30 a.m. and ending at 6:30 p.m. Still, it comes amid concerns the president himself could catch COVID as some in his circles in Washington, including House Speaker Nancy Pelosi, have tested positive in recent weeks. The White House has shifted its messaging to acknowledge the president could get COVID but argued the concern for illness is lessened since he’s vaccinated and double boosted.

Former President Donald Trump’s White House canceled the event in 2020 “out of an abundance of caution,” and Biden canceled it last year when vaccines weren’t yet widely available. The tradition dating back to Rutherford B. Hayes’ White House has also been canceled in its 144-year history in wartime and inclement weather.

Mon Apr 25 , 2022
CHICAGO (AP) — Roberto Perez drove in three runs, Michael Chavis broke a tie with a house run in the fourth inning, and the Pittsburgh Pirates beat the Chicago Cubs 4-2 on Friday night time. The Cubs had been held scoreless over the last 7 innings by Pirates remaining-hander Jose […] 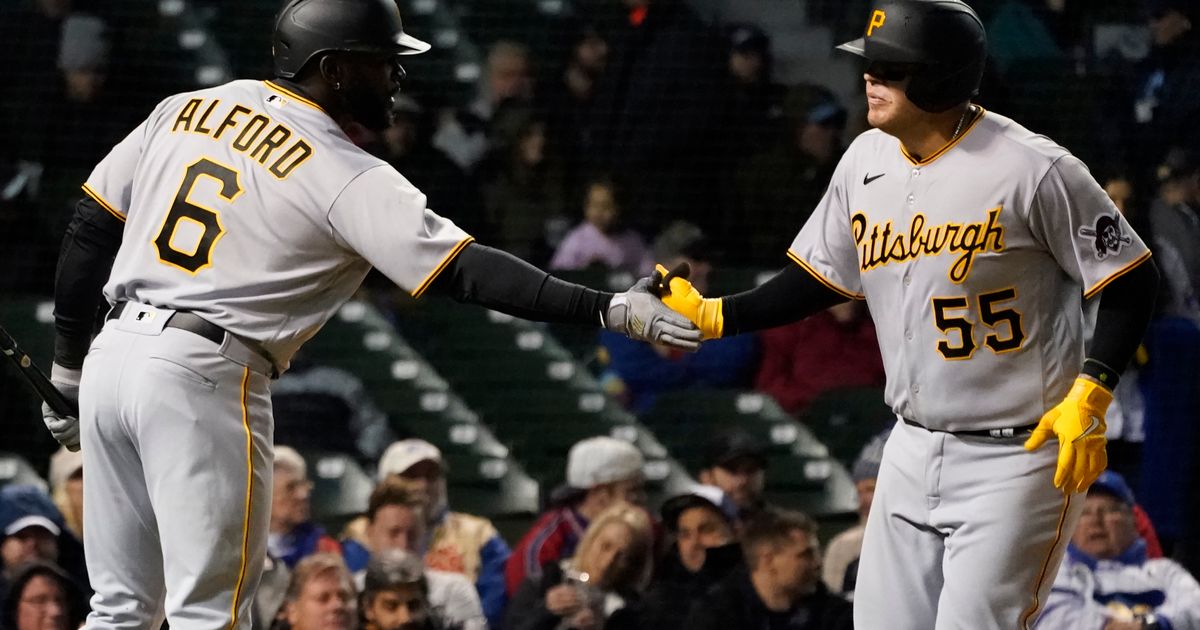