The taxpayer-funded cost of a president’s security detail — for him and his larger family — is back in the headlines this week with a report that the Secret Service agents protecting Joe Biden‘s son have to rent a more than $30,000-a-month home near him in Malibu, California.

Hunter Biden has been living in the Los Angeles area for several years, after a series of personal and professional controversies. A lawyer-turned-painter, he and wife Melissa Cohen, a filmmaker, are raising their young son out of the spotlight in a secluded Malibu residence.

Not far from them are the federal agents tasked with protecting members of the president’s family.

The security detail keeping a close watch in the famed beachside community has rented a home near Hunter’s for $30,000-plus a month, according to ABC News.

“Typically, wherever a protectee sets up their residence, the Secret Service is forced to find someplace to rent nearby at market value,” retired senior Secret Service agent Don Mihalek, told the network explaining why the agents would reside in a pricey area.

“This isn’t new,” Mihalek added. “The service has had to do this in past administrations, and unfortunately, the housing market right now has driven the prices up substantially.”

Like other political families before them, some of the Bidens became entitled to 24-hour protection from the Secret Service when then-candidate Biden became the Democratic nominee for president in June 2020. Once someone takes the oath of office, the provided security increases.

After an administration ends, Secret Service protection of former presidents continues for life. Security for their larger family is another issue, and it can vary.

Former Presidents Bill Clinton and Barack Obama previously requested extended protection for their own kids after leaving office. Chelsea Clinton was 20 and in college when her father’s term ended. The Obamas’ daughters were teenagers.

President George W. Bush‘s daughters were 27 when their father left office and did not continue to receive Secret Service protection.

President Trump’s extension was more unusual because his four oldest children are well into adulthood and not transitioning away from White House life. By proximity, their own children — Trump’s grandchildren — will also receive incidental Secret Service protection.

Separately, the Trumps’ use of Secret Service stirred scandal because the agents were often paying to use Trump properties in the course of their work, raising ethical concerns.

Last year a report also surfaced that Ivanka and Kushner had not let the agents assigned to them use the bathrooms in their homes — which the agency dismissed as false.

RELATED: Hunter Biden Talks Past Romance with Brother Beau’s Widow: ‘It Came Out of a Real Overwhelming Grief’

In the the younger Biden’s case, the Secret Service agents are us
ing a six-bedroom, six-bathroom home next door to him with a gym, a pool and a “castle-like tower,” according to ABC News, which cited property listings for both properties.

“Due to the need to maintain operational security, the U.S. Secret Service does not comment on the means, methods, or resources used to conduct our protective operations,” the agency said in a statement to PEOPLE.

An artist whose work was shown in the fall at a Los Angeles gallery under a system of safeguards to prevent potential conflicts of interest, Hunter, 52, is also a former businessman and author of an addiction memoir.

His international business dealings have been the subject of Republican-fueled scrutiny and the cause of lingering political headaches for the president.

A federal investigation is looking into payments Hunter received while serving on the board of directors for Burisma, an energy company in Ukraine, as well as how he paid taxes in recent years, according The New York Times.

Hunter’s work for Burisma, given his dad’s political career, has been criticized by conservatives and others for at least creating the appearance of impropriety. However, no evidence of wrongdoing has emerged and Hunter has not been charged with any crime.

“Did I make a mistake? Well, maybe in the grand scheme of things, yeah,” he said in a 2019 interview with ABC News, admitting “poor judgement.”

“But did I make a mistake based upon some ethical lapse?” he also said at the time. “Absolutely not.”

On Sunday, White House Chief of Staff Ron Klain said President Biden was “confident” that his son didn’t break any laws in his previous business ventures.

In an interview with George Stephanopoulos on ABC’s This Week, Klain said the president has had no communication with the Department of Justice about the ongoing investigation, which began in 2020 but has reportedly intensified in recent weeks and months, according to ABC News.

“The president is confident that his family did the right thing,” Klain told Stephanopoulos. “But again, I want to just be really clear. These are actions by Hunter and his brother. They’re private matters. They don’t involve the president. And they certainly are something that no one at the White House is involved in.”

10 Kitchen Renovations That Will Hurt Your Home’s Value

Thu Apr 14 , 2022
Kosamtu / Getty Illustrations or photos/iStockphoto The kitchen is generally the very first room folks decide on to renovate because it’s the middle for foods planning and a social hub for entertaining. It really is effortless to assume shorter expression when you do a renovation and focus only on your […] 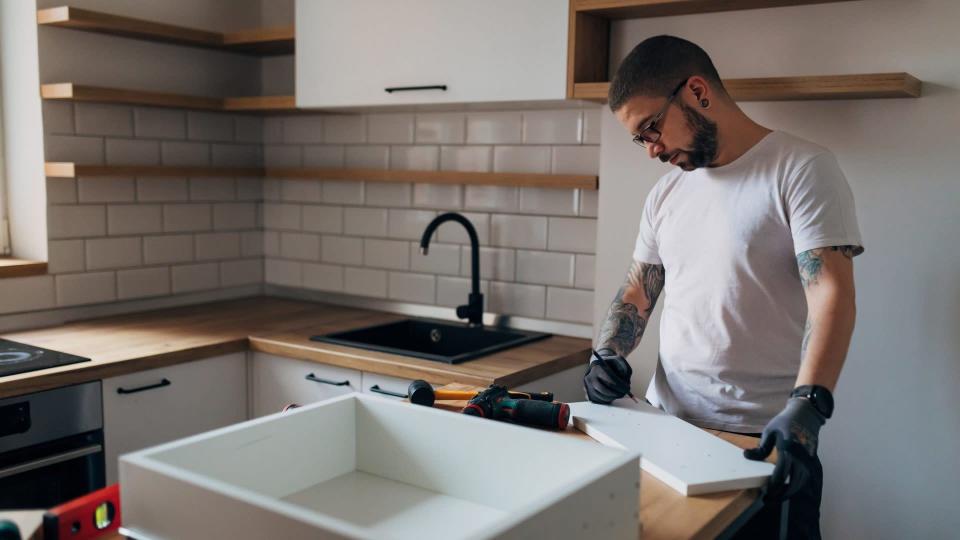